What is a Geek?

Gēk/ - noun - an individual who is highly intelligent (brainy) and technically oriented. They are most often associated with the computer, and computer systems world; engaged in computer-related tasks or with great attention to technical detail.

The definition of geek has changed considerably over time, and there is no longer a definitive meaning.

A geek is usually formal, studious and into their own technical world, often to the exclusion of all else. Some people view the term "Geek" with a negative connotation. Are they jealous of a geek's knowledge and skills, perhaps? Possibly...

July 13th is "Embrace Your Inner Geek" Day, a 24-hour period where people celebrate their inner geekiness; beyond just wearing a tie or short-sleeved shirt, and/or sporting a pocket protector. If you feel this whacky holiday leaves you on the sidelines, just consider most of us have jury-rigged (yes, geeks, both "jerry-rigged" and "jury-rigged" are correct) -- something ala the 1980s classic MacGyver. Jury rigging requires thinking outside the box and being resourceful.

Whether it’s a lawyer who has a “lightbulb moment” that wins a case through a deft interpretation of law, or a sales professional who wins the deal with a flash of brilliance… we’ve all experienced a moment of being a geek. See, geeks are just people that live for these moments. They apply themselves to master the nuance of a system, whether that system be computers, games, or some other structured set of rules. Then they figure out creative ways to exploit these systems… this is what drives a geek to be a geek.

Since you’ve probably experienced the exhilaration of winning after thinking outside the box and “MacGyvering” something… on this day simply embrace that brief moment of being a geek yourself. While you are at it, take a moment to thank the geeks in your midst. Hopefully now you’ve got a glimpse of what drives them. Maybe you should even look for the opportunity to praise those who think outside of the box to create positive change in your business and world.

I read a brief story that makes a perfect case for a little outside-the-box thinking that can change everyone’s life for the better. In almost any country, doing graffiti on a wall is a sure way to a jail sentence (if caught). Consider the Max Feffer tunnel, in São Paulo, Brazil, whose walls were totally covered by grime from engine exhaust.  Alexandre Orion chose to selectively clean some parts of it through reverse graffiti — erasing some of the soot to expose the wall beneath, rather than drawing over it. No police officer could ever arrest him for cleaning a public space, so local authorities had no choice but to clean the walls, which is what Orion wanted in the first place!

If you have any comments about your "inner geek," please add a comment below. 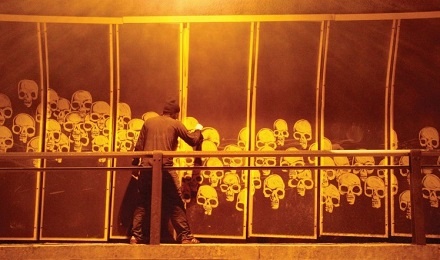