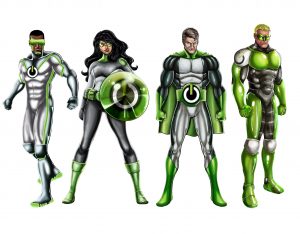 This is a true story.   A story about a man who outsourced his MSP, Managed Service Provider and it being one of the most important decisions he'd made in his career.  Aside from the day-to-day operations , the company behind the curtain helped save a multi-million dollar deal!

Mr. X is the main character in this story.  Like many business owners, Mr. X is a busy man, he’s the CEO of a multi-million dollar company, a company that has been struggling, feeling the effects of the present day economy. On this particular morning Mr. X will be boarding a private plane headed for New York City for a meeting, if all goes well for him this “deal” is going to earn his business tens of millions of dollars over the next few years, this is the deal that will carry his company for the next few years. Bottom line, he needs to close this deal. Mr. X kisses his 2 young children and beautiful wife goodbye and heads to the airport. He boards the plane, orders an OJ and places his laptop on his seat and quickly heads for the bathroom.  He’s feeling anxious, so anxious in fact that he's sick to his stomach. Nothing a splash of water to the face can’t cure. He returns to his seat, opens his laptop only to change his mind and quickly shuts it. He’s been over his presentation more than a dozen times. He was a killer and he knew what he had to say in that meeting.  So instead, Mr. X decides to watch the comedy being played on the airplane and relaxes for the duration of the flight.  What Mr. X didn’t know was that his entire world was about to turn upside down…

In South Florida, not 10 miles from where Mr. X resides with his family, is a company called Connections.com, a company Mr. X hired to manage his companies IT infrastructure. They handle the entire company network, data security, new hire on-boarding, exiting employees, daily problem solving, data backup and recovery plans, literally every-thing!! That morning before Mr. X even boarded his plane, one of the employees at this MSP whose sole job is managing the “control tower” (this is where alerts will go off signaling failure and emergency assistance). On this particular morning, an alert went off. The hard drive on Mr. X’s laptop was crashing. The employee quickly took control, his mission to pinpoint and then fix the problem. It took 2 hours to correct the issue, oddly enough it was the same amount of time it took to get Mr. X to his destination. By the time Mr. X got to his meeting and opened his laptop, he’d been none the wiser that his MSP literally saved his multi-million dollar deal.

I’d say on this day, Mr. X was actually Mr. Lucky. Things could have turned ugly real fast. Mr. X could have lost that deal and potentially the company he’d worked so hard to build. I can’t say for sure but an outsourced company might feel they have more to lose by not being on top of everything. Their sole job is to protect their clients and their data. If they aren’t reliable to stay on top of things than their entire existence is unnecessary. Mr. X landed that big deal and when he returned from NYC we let him know what happened that day… that everything went off without a hitch! The moral of this story, why make CEO’s worry when you can leave the worrying to the Experts? Call the Experts today, ask us anything and let us know if you would like us to evaluate your current infrastructure. There's no obligation so call us! 954-920-9604 and mention blog: Why It Pays to Outsource IT Services.